Thousands of tons of wood chips are produced yearly during the production of wooden pallets. Instead of selling them for a pittance, the croatian pallet manufacturer Košćal invested in its first briquetting system from RUF, Zaisertshofen, about ten years ago and thereby increased the value of their wood residuals tenfold. In the meantime briquetting with two modern RUF Lignum R6 Presses has become a second pillar of income for the Company making up around one third of their total revenues.

Košćal d.o.o., a Croatian manufacturer of Wooden pallets relies on long-term planning. Since the firm was established in 1994 it has developed from a tiny Company with two employees into a medium-sized Company, employing 80 people. Several factors have been decisive for this growth.  One of these is emphasised by Managing Director, Marko Košćal: "We are a typical family Company that was established by my father and in which I was already integrated in my youth. My father is still active in a consultancy role today and my wife and I look after the commercial aspects. All of us are completely committed to the Company."
Accordingly, it is very important for the owner-family that the Company runs well for all its employees and that their future is secure. This is one of the reasons that Košćal works at all times with a significant depth of production. This means: Tree trunks are purchased as raw materials that are sawed in the production area with band saws and multi-blade saws. Finally the standardised pallets are produced in two automated lines. "We deliver an average of 40,000 units per month", explains Marko Košćal and continues "Special sizes are only seldom in demand. However, when required we produce such pallets and we operate a third line for this purpose on which we work in the classic way with hand tools".

"We checked the outlet market for briquettes and it became instantly clear that a lot of fuel traders were convinced by RUF briquettes.“

Money is also earned with wood residuals
During the cutting process of the individual wood elements, a huge amount of wood chips are produced; around 7,000 tons is the volume the Croatian Company have to deal with every year. However, this has not been a burden for the Košćals for many years now. This is because a significant amount of money has been earned with it. Previously, it was a case of getting rid of the wood residuals and having them collected as soon as possible. "We received a maximum of 20 Euros per ton", the Managing Director remembers: "It made no financial sense. And so we came up with the idea of processing the chips sensibly. We checked the outlet market for briquettes and it became instantly clear that a lot of fuel traders were convinced by RUF briquettes". A few comparisons, a trade fair visit and some test pressings later, it was clear that RUF was the right partner for us. After that Košćal purchased their first two Presses in Bavarian Zaisertshofen.
Over the years, the production of briquettes has become a second, important pillar, which currently brings in between eight and nine hundred thousand Euros per year. From a capacity point of view, the question of new briquetting systems arose in 2018. The boss of the Company was quickly able to answer the question as to who the supplier would be: "RUF". A few months later the mechanical engineers from Zaisertshofen replaced the previous system with two new Lignum R6 Presses and commissioned them on-site. They have been fulfilling their purpose competently since then.

RUF's compact briquetting presses run fully automatically
In the peak times of Autumn and Winter, the hydraulic machines run around the clock, 24/7, and are characterised by several inherent benefits. They need only a very small space of between two and three meters and still achieve a great throughput of about 670 kg/hr. per press. An engine output of 37 kW means the Lignum R6 has a maximum specific pressing power of 1,700 kg/cm².
It is also of particular benefit to Košćal, that RUF's briquetting systems can press differing types of wood with different grain sizes, to high quality briquettes, without the machines having to be adjusted in advance. They operate without manual intervention, and in a fully automatic process, they create high quality, uniform briquettes with dimensions of 150 x 60 mm. The packaging is carried out by one employee per shift, who only needs 60% of his working capacity however for this task.

"The investment was absolutely correct, (...). I am assuming that the two systems will be amortised, at the latest, after sixteen months“

30 per cent increase in productivity through the new systems
The lower maintenance effort and the good energy footprint of the new RUF presses are an important factor for Marko Košćal, because it means running costs are low. However the high throughput and thereby expanded capacities convince the entrepreneur even more: " We can now produce one third more briquettes than previously. To this end we often take sawdust from nearby sawmills. Even though this is mostly damp, it poses no problem for us." The wood specialists simply mix the wet and dry chips and put them into the drum dryer from where they are transported via a suction pipe into chip silos. Screw conveyer mechanisms then bring them to the hopper of the briquetting system. Everything else occurs automatically in the two Lignum R6 presses.
"The investment", declares Marko Košćal, "was absolutely correct. I am convinced that we can significantly increase our annual capacity in briquette production from its current figure of 7,000 tons. The sales revenues are a bit dependent on when winter comes and how severe it will be. But I am assuming that the two systems will be amortised, at the latest, after sixteen months". 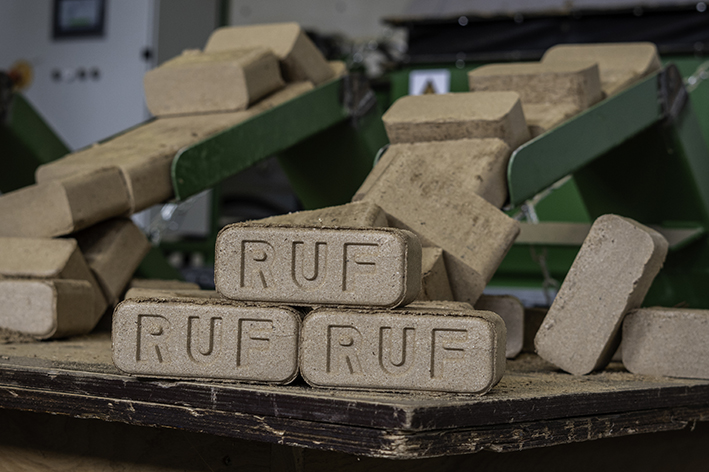 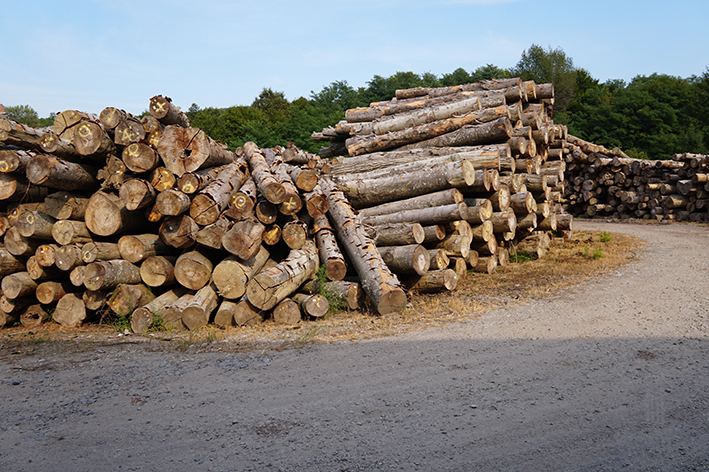 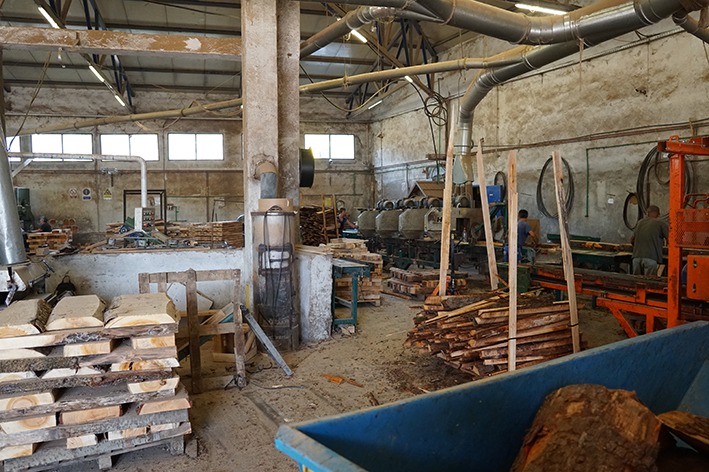 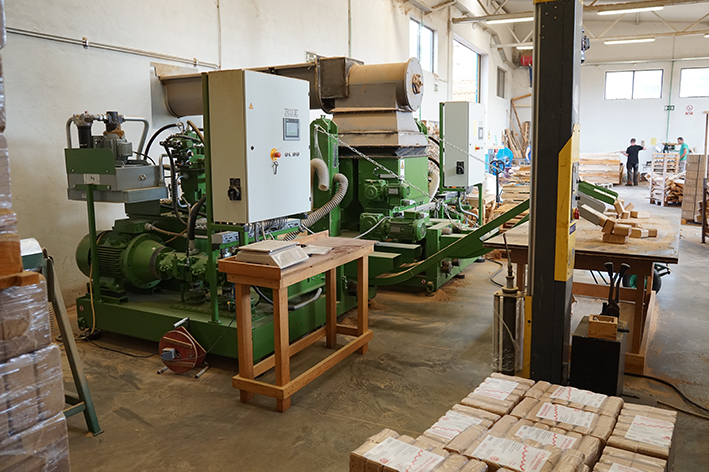 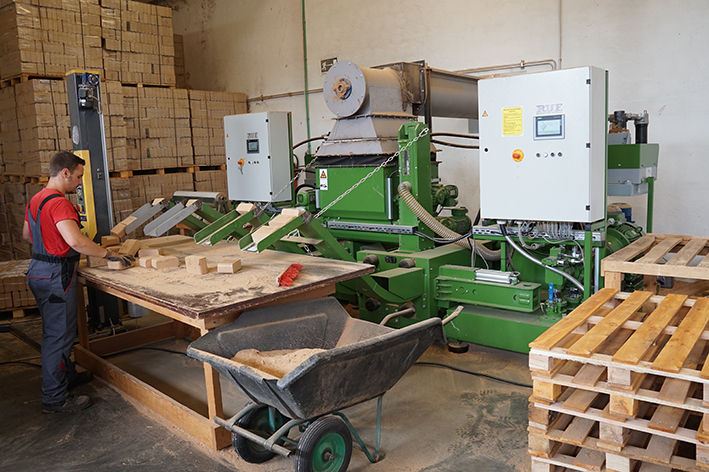 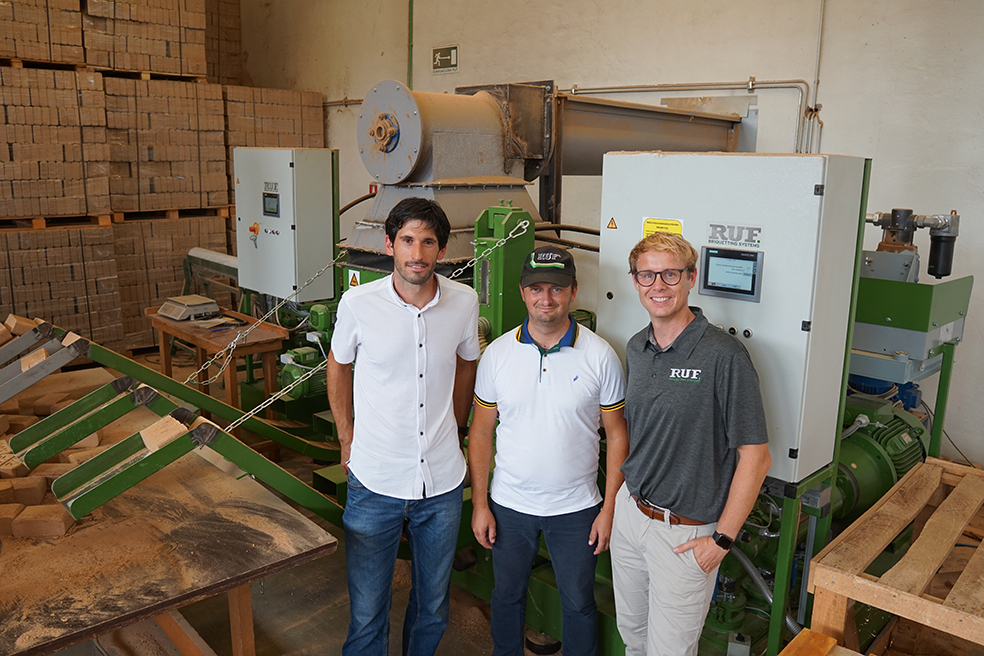 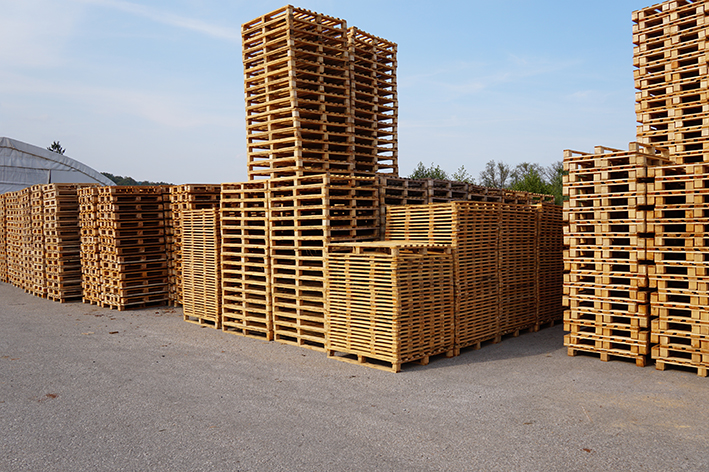