The producer of high quality, hydraulic briquetting systems is celebrating its' anniversary

In 1969, Hans Ruf established a small company, which has in the meantime developed into the leading producer of high quality, hydraulic briquetting systems. Today, his two sons, Roland and Wolfgang Ruf, manage the company. Consistent growth with motivated and highly qualified employees, who develop and manufacture on-site in Bavaria, was the far-sighted strategy from the beginning on; and it remains valid today.

"We are located in Zaisertshofen, but we are at home throughout the world",

is how Managing Director Roland Ruf summarises the company philosophy of Ruf Maschinenbau GmbH & Co. KG. After all, although the company develops and produces in their Bavarian home, they are active worldwide. In total, there are more than 4,500 RUF systems in operation in over 100 countries, pressing metal, wood, biomass or other residuals, to small briquettes, at high throughput rates of 20 kg/h to 4,800 kg/h, depending on material.

How it all began
The establishment of the company 50 years ago was concerned with a somewhat different development from Hans Ruf; one which was designed for use in the Forestry sector. The so-called "Schälhexe" was a tractor driven machine, which enabled tree trunks to be easily and quickly debarked. Around 13 years and many successful ideas later, the resourceful mechanical engineer laid the cornerstone for today's worldwide renowned briquetting systems, with a patented pressing method. In 1985, he exhibited his first model at the craftsmanship trade fair in Munich, and managed to sell this model in the same year to the nearby sawmill, Schmied in Anhofen. This machine is still completely functional after an unbelievable 30 years in a two-shift operation! "That shows the high quality with which we produced back in those days", says Managing Director Wolfgang Ruf, "And that has not changed to this day".
The company's central philosophy, which came from Hans Ruf, has also remained unchanged and is lived in just the same way by his sons. He describes it thus, in a few words. "We always want to be an honest and reliable partner for our customers, employees and suppliers". And thanks not least to this attitude and method of working; RUF has successfully achieved numerous, notable milestones, after somewhat difficult beginnings.

Milestones at RUF Maschinenbau
After the first few briquetting presses had been successfully sold, Hans Ruf used the opportunity to exhibit at an international wood processing trade fair in Hannover in1986. An explosion in order intake followed. Enquiries came from all over the world, and therefore the mechanical engineer travelled to Malaysia, Kuwait and the Philippines, to mention but a few countries. While this was happening, the roughly five employees in his hometown of Zaisertshofen were constructing one machine after another.
Hans Ruf took on the further development of his briquetting technology at this time, alongside his sales activities. The results of his tireless dedication saw the first metal press being constructed and sold in 1988.
In 1990 the company was restructured to become a GmbH & Co. KG. For the first time, apprenticeships were offered. By the middle of the following year, Ruf had already sold 84 briquetting presses and increased annual production to 23 machines. Now there were ten employees working on the machines.
The following years saw a period of consistent growth. By 1995, RUF Maschinenbau GmbH & Co. KG was employing around 30 people. This was a good enough reason to search for and find a new company premises. The same year saw the commencement of building on the first new hall of today's location in Hausener Straße. In 2004, a second hall was erected and in the following years up to 2008, four further halls were put up alongside office buildings, also on Hausener Straße. In addition the family established a subsidiary, Ruf UK, in Fauld, north of Birmingham.
The worldwide Financial Crisis of 2009 saw a decrease of turnover at Ruf. However, using careful foresight the employee numbers were maintained at around 100 strong, which meant that within a relatively short time this situation could be reversed. Further growth became possible.

Internationalisation proceeds apace
At this time, both sons, Roland and Wolfgang Ruf, had already been active in the company for several years and were lending their support in development and production as well as with further internationalisation. The family established subsidiaries in the USA (Elyria, Ohio) and in Slovenia (Radovljica).
In 2012 there was a partial handover to the two sons, and four years later they took over the operative running of the business. Complying with this responsibility, they have lead RUF Maschinenbau GmbH & Co. KG to further success. They have invested in two additional halls, making a total of nine halls now in the Zaisertshofen site.
In 2018, RUF took over the Danish competitor C.F. Nielsen. This meant that in future the complete spectrum of briquetting technology could be provided from one source. In concrete terms: the hydraulic briquetting systems from Ruf are now complemented by two further important technologies in the branch, contributed by C.F. Nielsen; mechanical briquetting and pressing via extruder which is known as Shimada. This means the family run RUF Company is very well set up for the future. 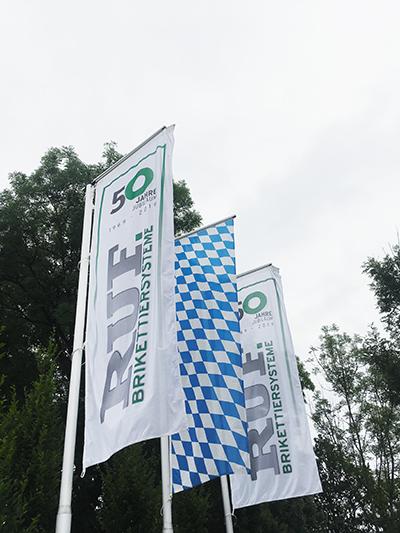 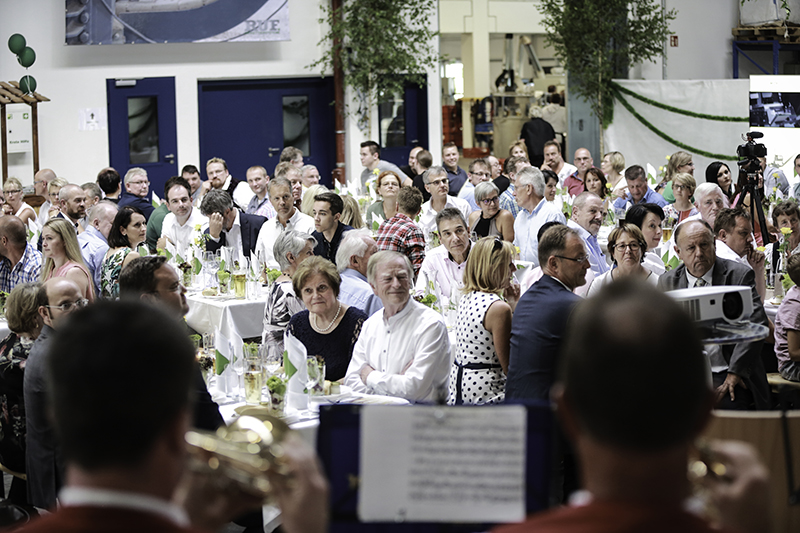 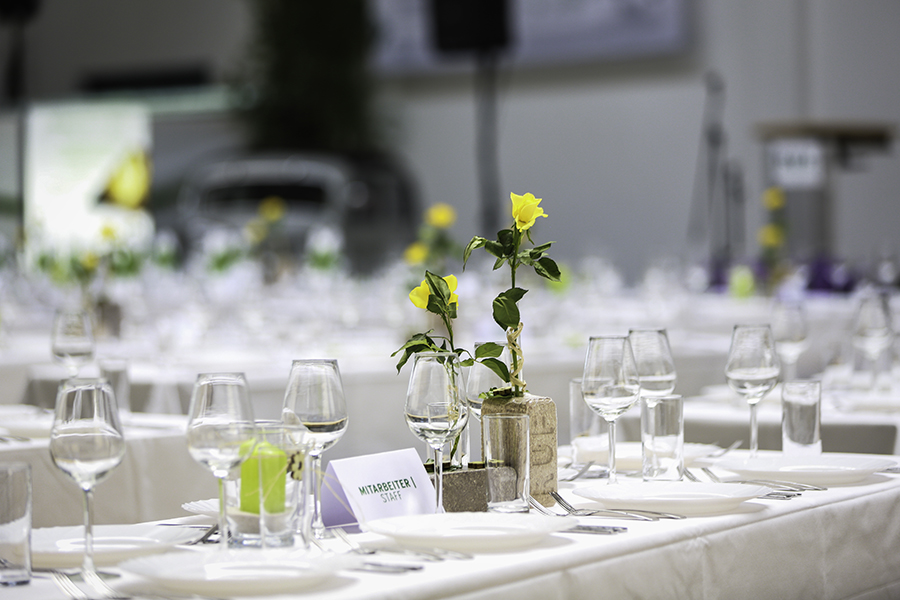 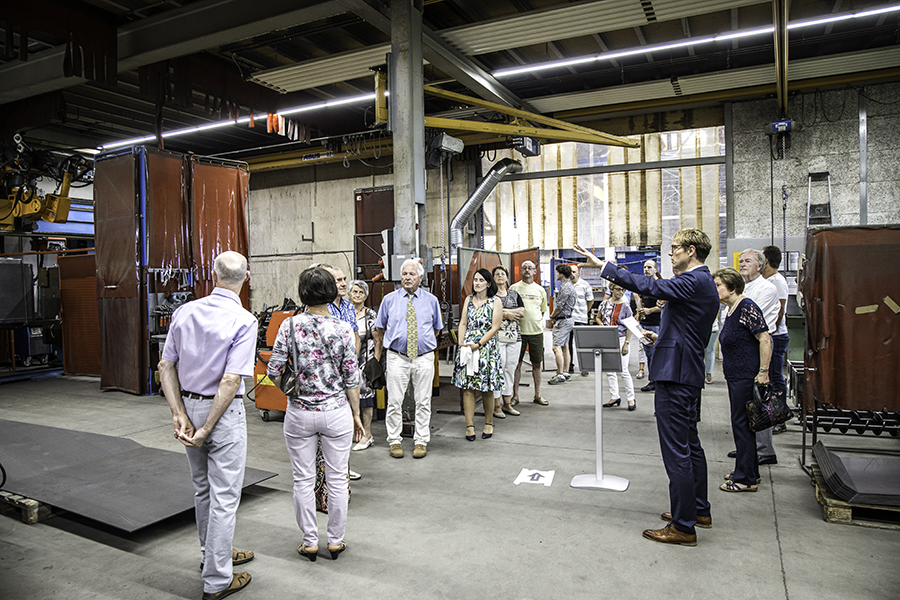 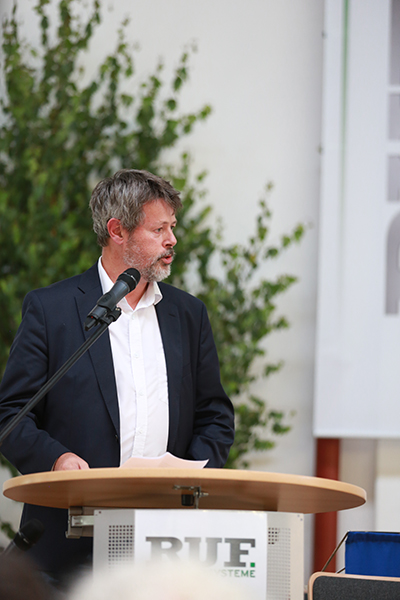